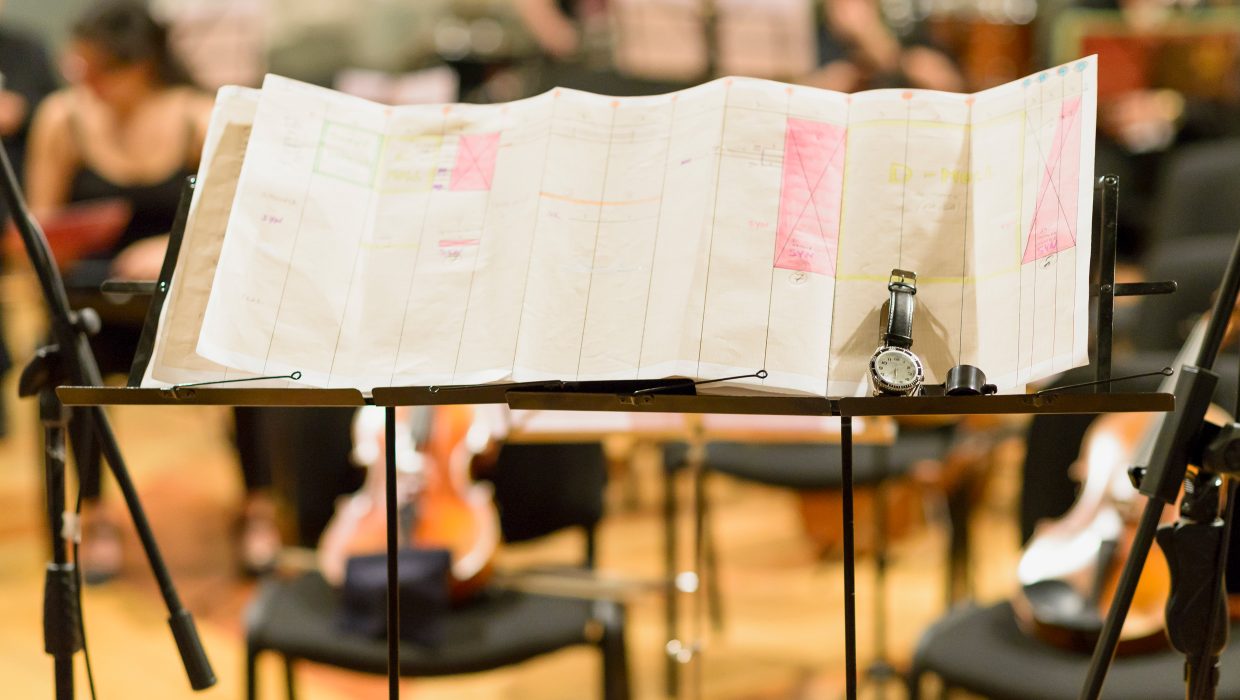 When I began to realize the idea for Orgien Mysterien Theater, there was no adequate music for it, so I had to create it myself. The gesamtkunstwerk [synthesis of the arts] of the O.M. Theater uses music, shouting and noise as the major form of expression. The dramatic nature of it has its origin in the ecstatic state of agitation. The shrieks of torment, lust and the agonies of birth and death lie in the prelinguistic realm.

My music has sublimated itself more and more. The organ sound of the orchestra is becoming even more essential for me. All the same, it is fathomed again in the abysses of prelanguage and the soundless. It is taken for granted that an action is connected to sound and noise, only the true connoisseurs of my work knows that my music has its own specific values; that’s why the O.M. Theater is performed in concert, separate from the actions. I usually use the classical form of the symphony, as its structure is closest to the scheme of tragedy.
1st movement: enormous exposition
2nd movement: meditative adagio
3rd movement: a scherzo often unloading into the daemonic
4th movement: large-scale, positive or tragic finale.
The monumental acoustic media and the enormous time dimensions are powered in the music of the O.M. Theater all the same. The 6-day play, every day, every night, every minute is thoroughly composed. Although I make use of other sound means, the models for my symphony would be the symphonies of Mahler, Bruckner, the music of Scriabin and the monumental compositions of Olivier Messiaen. 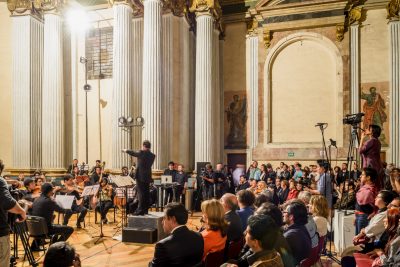 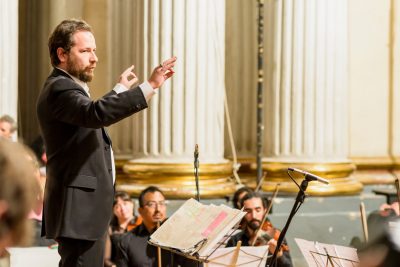